Look at any list of the top BBQ in Los Angeles, and you’ll see Bigmista’s near the top. Travelling from farmer’s market to farmer’s market in the LA area, Bigmista’s has been open since 2008. Although he’s a native Texan, owner and pitmaster Neil Strawder’s meat isn’t any one style, mostly because he didn’t start smoking until he began cruising the message boards at BBQ brethren. There, he learned how to smoke his meats, formed a BBQ team (there motto, “where the blog meets the hog”), and raised money to open a brick and mortar restaurant (coming soon). Strawder has appeared on both BBQ Pitmasters and Ultimate BBQ Showdown, so when we got to the Century City farmer’s market, we were expecting something good.

We definitely didn’t get something great.

Everything at Bigmista’s was cooked well–tender and juicy–but severely lacking in any smoke flavor. It was like the meats were cooked in a smoker, not smoked in a smoker.

The brisket was the epitome of this. Said to be smoked for 12 hours, there wasn’t a smoke ring in sight for proof. Sections of bark and fat had been trimmed off, and subsequently all flavor. Even though the meat was tender, it wasn’t enjoyable. 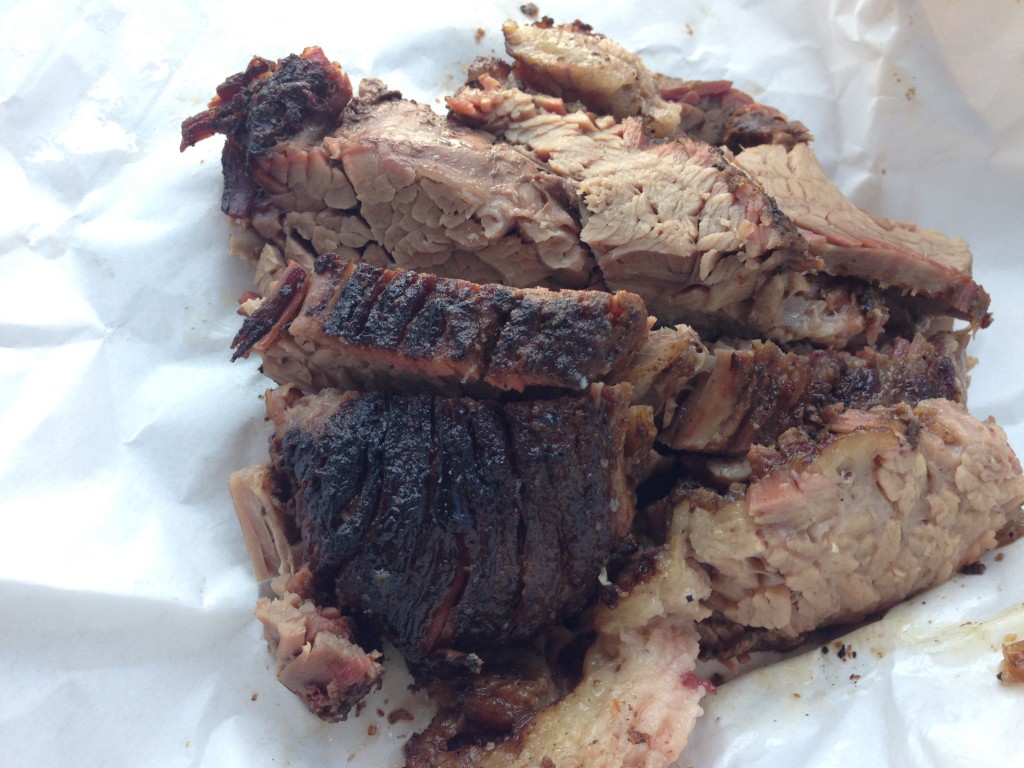 The brisket’s tenderness was there. Unfortunately, its flavor wasn’t.

The ribs were less so. They were, again, cooked well, and again, lacking in flavor. Only this time, the bark hadn’t been trimmed off. A brown sugar (or maple syrup)-based glaze had hardened around the outside, creating a shell that made getting to the flavorless meat much more difficult than it should have been.

The turkey tasted like an above average roast turkey, but at a BBQ place, that isn’t what I want. There wasn’t any bark and definitely no smoke. 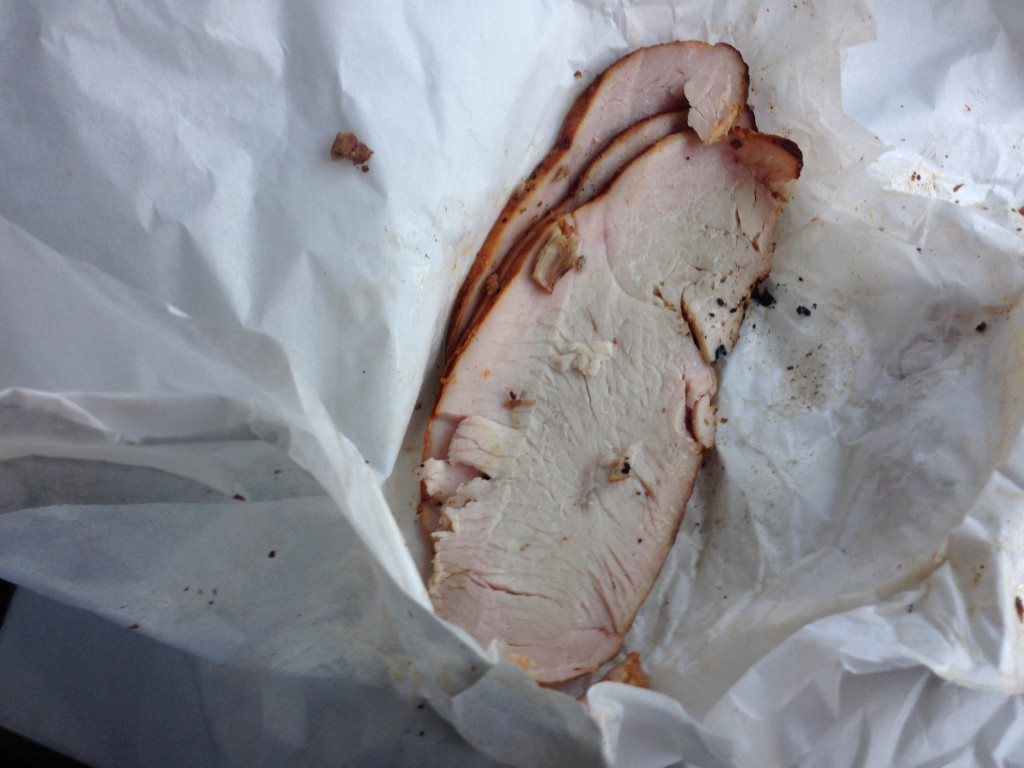 If I wanted roast turkey, I’d be thrilled with what I got form Bigmista’s.

We never got the pulled pork we ordered.

Bigmista’s has half the puzzle put together. The tenderness is there. If they could get some more smoke on their meat, they could have some of the best BBQ in Los Angeles. Until then, I won’t be coming back.

Ambiance/Atmosphere: 2.25 stars: The Strawders are friendly and helpful, but the rest of this score is unfinished since Bigmista’s is just a stand at a farmer’s market, although a brick and mortar is expected to open in Downtown is expected soon. Negative points for forgetting our pulled pork and a half-pound per meat maximum.

Overall: 2.25 stars: If a friend gave you this Q, you’d tell them it was good. But you definitely wouldn’t pay for it.